There has been some speculation on the lack of an instrument cluster for Tesla’s prototype for the Model 3. Initially I wasn’t sure if this was just an early version with an evolving interior, but after we learned Tesla had started hiring people in the heads up display space it became fairly clear they were 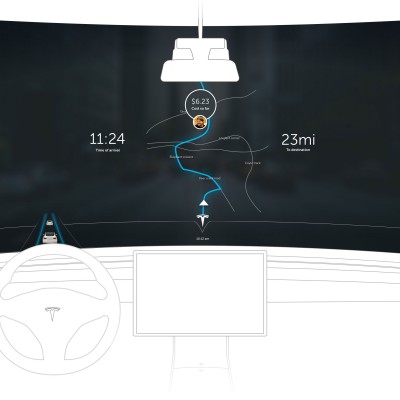